Another Idiot Bringing the Game in to Disrepute. 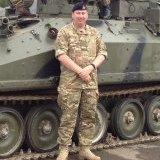 By John_W,
June 5 in Latest News