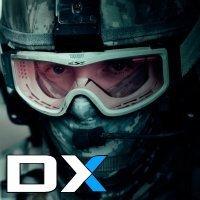 Making my own tracer unit?

By Governor, January 16, 2012 in General Discussion