What Was the Best Site ( or Sites ) You Have Ever Played on That No Longer Exist and What Made it/Them SO Special? 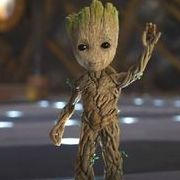