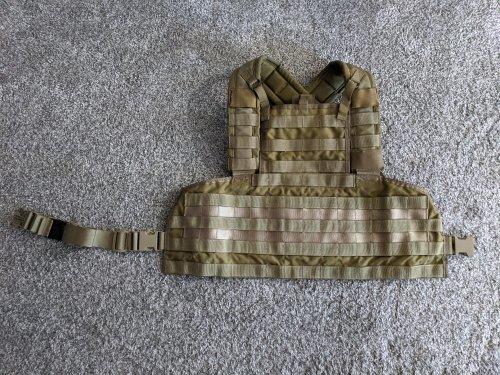 Rhodesian Recon Vest - I think this is from the FSBE kit issued circa 2005, widely used in Iraq and Afghanistan so you will have seen it in a bunch of films from that era too (Lone Survivor, American Sniper etc). It's had a lot of use but I don't think I could damage it unless I tried, the old school kit was made to last.

I have included some images of the RRV fully loaded so you don't have to use your imagination.

There are no questions to display.

Other adverts from gear